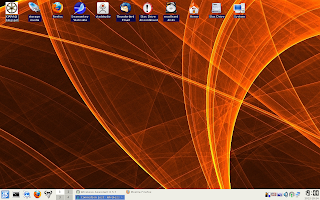 If anyone is paying attention, they may have noticed that there was no KIARA 16.0.  Firefox 16.0 came and went so fast I didn't notice.   In the past, I've tried to get each new KIARA release out within a day or so of each Firefox release, but I've been a little slow on the draw lately.  I no longer have my own internet connection, and I've been using Ubuntu lately, which can upgrade Firefox automatically without the user noticing.

But I'm going to keep doing this.  I think that KIARA is a good CD.

The word is out that Slax 7 is finally going to be released by the end of this year, superseding Slax 6.1.2, which has been the basis for KIARA for almost three three years.   When that finally happens, I'm going to have to decide what the next step is.  I started KIARA because I wanted to keep using KDE3 indefinitely.  I'd still like to use KDE3, but there are other concerns now, like support for mounting partitions formatted with ext4.

* Base future releases on Porteus, a Slax derivative that uses the Trinity Desktop.

More on this as it unfolds.  There are at least a few people out there who have been using KIARA, and I'd love to hear from them, but he discussion can't begin in earnest until we've seen Slax 7.
Posted by UgglyBabee at 11:48 AM No comments: 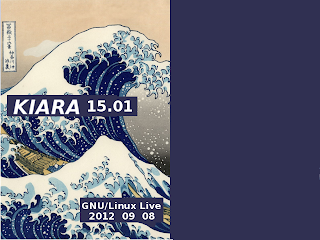 And the following packages, mostly ported from Slackware 12.2, but also from Slax.org, and other online sources: 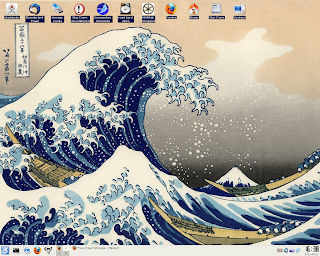 KIARA is a live CD, based on  Slax 6.1.2, with added packages from Slackware 12.2 and Slax.org, and continually upgraded to include the latest versions of web software from the Mozilla Project.

The revised edition removes the KOffice package I had ported from Slackware 12.2, which was redundant, as it had already been included with the base modules of Slax. In it's place I've restored the installation files for the Opera 12 browser. The files are located on your bootable disk (cd or flash drive) at */slax/opera-12.02, and can be used to install and run a temporary (deleted on reboot) instance of the opera browser from KIARA.  Flashplayer has already been installed, and ought to be supported for Opera.

Here's a slightly cleaned-up version of the the READ ME text file is contained in that directory:

For your variety, and convenience, KIARA containes the Installer Files for OPERA 12.02 If you have enough RAM, you can run Opera from a running KIARA live system, complete with support for flashplayer. Once you know how, installing Opera to your RAMdisk takes less than a minute.

1. From the Desktop, click on "storage media". Open the partition or device containing your KIARA files

3. Open a terminal window by hitting the F4 Key.

4. In the terminal, type sh install and hit "Enter". The installation should begin.

5. Complete the installation by answering the questions at the prompts. Usually, defaults (hitting enter) will suffice. You can always try hitting "Enter" until the installation is completed. Remember, none of this is permanent; you can't screw up your hard drive.

A live CD based on  Slax 6.1.2, with added packages from Slackware 12.2 and Slax.org, and continually upgraded to include the latest versions of web software from the Mozilla Project. 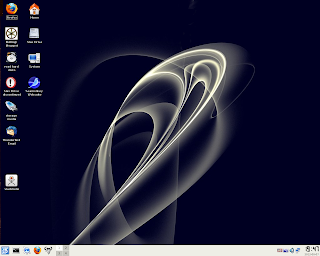 I let this go way too long before upgrading.  Sorry about the lapse of attention

Okay, it's 95 degrees, my best friend was just released from the hospital, and and I don't even want to be near a computer right now.   Here's the link for KIARA 13.01  see the previous post for  information

There's an issue with mplayer, the audio isn't working at the command line,  but the KDE frontend, kplayer is working fine.  Dropbox seems to be working perfectly.
Posted by UgglyBabee at 6:02 PM 2 comments: 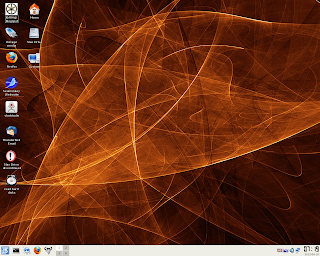 It also features the addition of Dropbox, the excellent networking and backup application, although it's not enabled to run in the default Slax root mode.  To run Dropbox requires creating a normal user account, something I've been intending to write documentation about for a long time now.

I've actually made several changes in KIARA geared toward running a normal user account, a reflection of how I've been using it lately.  If anybody wants information on using KIARA (or Slax, for that matter) as a normal user, leave a comment, and I'll get around to it that much sooner.
Posted by UgglyBabee at 12:35 AM No comments:

KIARA GNU/Linux is a Live CD based on Slax with applications ported from Slackware, and continually upgraded to contain the very latest Web applications from Mozilla. KIARA combines the classic KDE3 desktop with an up-to-minute web experience in a live format that keeps your hard drive free for when you need to run something a little less old-school.

Besides KDE3, KIARA also contains some popular light Desktop GUI's, including FVWM, Fluxbox, and XFCE, and even some text-based applications chosen with running from the console in mind (emacs, irssi, lynx, and GNU Screen).